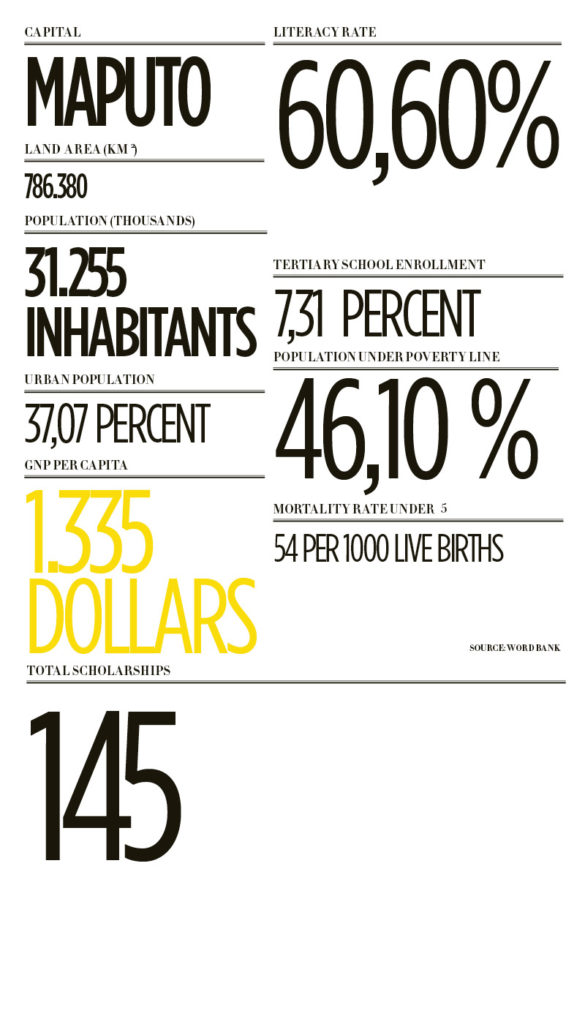 When it gained its independence from Portugal, in 1975, Mozambique was one of the poorest countries in the world. Since the 90’s, after a long period of armed conflicts (in 1992 a peace agreement has concluded the civil war), Mozambique has witnessed a considerable economic and social revival. However, it still hasn’t managed to significantly improve its development indicators and reduce the dependence of the country on food imports.
The need of enlarging the infrastructural networks, boosting the agriculture and promoting a diversified economy based on exports represents some of the priorities of the country.

Since 2016 145 students have been supported, in more then 20 universities in 16 different cities throughout Mozambique, from Nampula to Beira, from Lichinga to Maputo. Fondazione Edu has sustained mostly students enrolled in the following fields: agronomy, economics, pedagogy and information technology.
At the beginning of 2021 one student still benefits from the scholarship program.

The partners of Fondazione Edu for the activities in Mozambique are:

The overview from World Bank