Ivory Coast, former French colony, is the second economy in West Africa after Nigeria. The development of cocoa and coffee production for the export and the foreign investments have made the country one of the most prosperous of the French-speaking West African countries but they do not have protected it from political troubles.
Many years of political and military crisis, together with violent conflicts, have strongly impacted the country, by transforming it in a fragile country and compromising its development.
The economy is reaching its stability and in the last 5 years the growth rate has been very high: the country is still the main producer of cocoa and an important exporter of coffee, mango and cashew nuts. Since 2011 Ivory Coast has been experiencing a boom of foreign investments.

Since 2007 Fondazione Edu has supported in Ivory Coast 20 students, mostly enrolled in Engineering and Economics. All of them have already graduated. 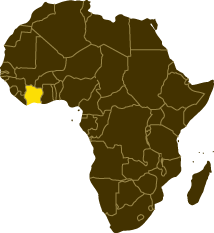 The overview from World Bank